If a rubber ball is put on top of a vertical fountain, in some cases it bounces but doesn't fall. The same happens if a vacuum cleaner is used instead of a fountain. In some vacuum cleaners there is a small hole through which air is released in a thin strong stream. A ping pong ball that is put into this stream will swing around one point. Moreover, the stream doesn't have to be vertical. Even when it's tilted within some reasonable boundaries, there will be a stable equilibrium.

Vacuumball is a game that exploits this effect. The ball in the game can only be handled and passed with a vacuum cleaner. Of course, vacuum cleaners should be adapted for the purposes of the game. First of all, they should be lightweight to be handled more easily. Then, they should have built-in batteries so that there are no wires on the playground. Also, it's unnecessary to make them able to suck in air anymore, they only have to blow. Finally (the most important feature), it's necessary to have some mechanism of passing the ball to another player. An example of such mechanism is a reservoir that can contain air under high pressure. After being slowly pumped into this reservoir, air can be instantly released, which will throw the ball wherever the stream is pointing. A downside of this mechanism is that it's unclear how precisely the ball can possibly be thrown. The direction might be not particularly predictable.

In 2010 I traveled to Vienna and saw several buildings build by an Austrian architect Friedensreich Hundertwasser. His work can be exhaustively decribed by his phrase: "In 1953 I realized that straight line leads the humankind to decline". Accordingly, there are no straight lines in his buildings.

[Every house of his is a bright and curvy load of audacity.] 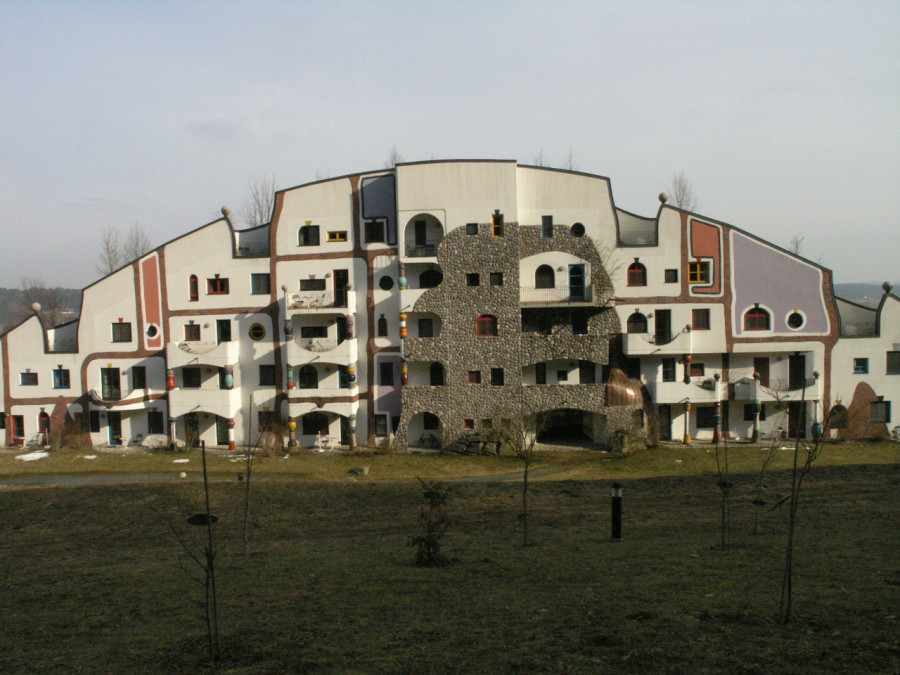 His work exposed in the Hundertwasser museum (mostly paintings) gives an impression that he was more of a painter than an architect, and whatever he was building, there was a large team of engineers and assistant architects, who did all of the work, while Hundertwasser was running around, shouting: "Curvier, curvier, curvier!"

[Maybe sometimes, when he was in good mood, he did some real work, like breaking tiles with his heel. ] 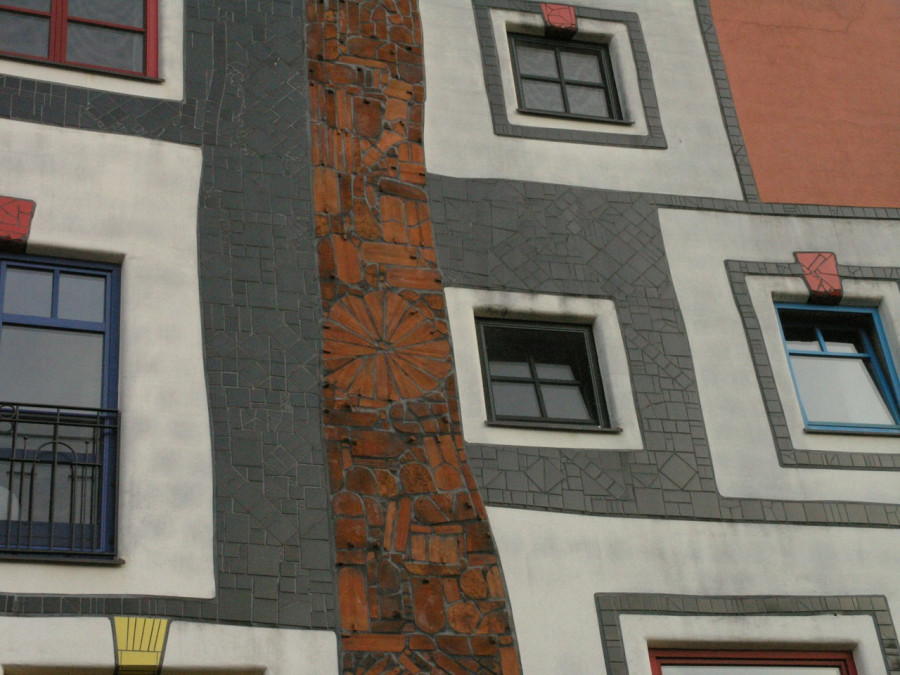 I left Vienna with a horrible obsession over ways to overhundertwasser Hundertwasser. I had to make something crazier, something impossible to ignore, something that would make much less sense and much more emotions. As a mathematician rather than an architect, I quickly came up with a mathematical theory on shapes of buildings.

Definition. A building is a function mapping 3-dimensional Eucledian space into the set of natural numbers.

Every natural number should be interpreted as a code for some material. For example, if the point (x, y, z) is mapped to 1, there is nothing in that point, just pure air. If it's mapped to 2, it's concrete, if it's 3, it's glass, etc. Obviously, any building that exists on Earth can be (non-uniquely) specified by such function. The opposite is not true, though: some functions don't specify buildings according to common sense. While it's absurd to build anything based on those functions, we will still classify them as buildings, as it won't contradict the mathematical meaning.

As usual, there should be some axioms. Not because the notion is too abstract to correspond to its intended meaning, but because it's impossible to prove anything otherwise.

1. There is a positive number R, such that everything outside the ball centered in the origin with raduis R is mapped into air. In other words, the building should be bounded. We're not going to build a tower of Babel again.
2. The set of natural numbers that have non-empty inverse image is finite. There is no need in using infinite number of materials.

This is the state of the art. At this early stage it's easy even for an unexperienced mathematician to make a significant impact on the theory. Any ideas are welcome, and anyone reading this is invited to contribute. Possible directions for future research include expanding the set of axioms and introducing the notion of homeomorphism.

About six years ago somewhere on the southern coast of France I saw a small personal submarine. It was bright yellow, parked next to other boats. I thought that it should be fascinating to go underwater and stare at what is going on there while sitting comfortably in a dry and warm cabin. It isn't an experience that I get every day. Maybe I even would go for an underwater walk regularly, since the overworld slowly becomes boring while I have almost no idea how the underwater world looks. But the motor makes the boat expensive and adds too much hassle with the fuel. Maybe it will be more affordable to make a pedal-driven personal submarine that won't have those problems.

When I remembered this idea, years after the first thought, I googled it and found that it was implemented just a year after I thought about it.
http://www.gizmag.com/pedal-powered-submarine/11479/
Collapse